4 Healthy Tips to Simplify your Life

Fit Trends for the Spring

How to Use Mindfulness to Reduce Cravings

We are rolling into the Bermuda Triangle of food holidays and the sweetest of them all, Halloween, kicks off the craving madness. Just weeks away, the Halloween candy invasion is unescapable. 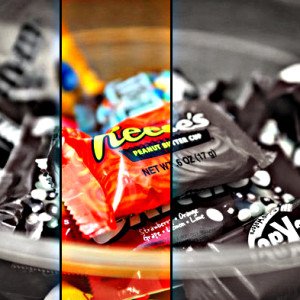 It turns out that exercises in mindfulness have proved very effective in reducing candy cravings. Julien Lacaille, a psychologist at McGill University in Quebec, organized a study to see how mindfulness skills training can reduce chocolate cravings. Her surprisingly positive results were published in the May, 2014 edition of the journal Appetite.

Lacaille enlisted 196 self-proclaimed chocolate fiends for the study and divided them into five groups. Four of the groups received training in specific mindfulness techniques and were directed to practice them for two weeks whenever a chocolate craving arose. Members of the fifth group were told to distract themselves as a way to fend off cravings.

The three mindfulness techniques used were:

Acceptance: Not passing judgment on one’s thoughts, or noticing the craving and not judging it good or bad in any way.

Disidentification: Distancing oneself from the cravings by thinking of craving-related thoughts as separate from oneself. In other words, the candy craving is actually not real because it is separate from who you are. It’s as if you refuse to own it.

The group that became skilled at practicing the disidentification mindfulness technique, which involved distancing themselves from their craving after acknowledging it, had a significant decrease in chocolate cravings. “They developed less-intense cravings for chocolate because they now perceived it as generally less desirable,” Lacaille said.

As you battle the onslaught of candy cues this month, use disidentification mindfulness to help bolster willpower.

What steps are you taking to stay mindful for the holidays?