What you need to know: Sometimes the best way to deal with resistance is to roll with it. Being supportive means something different when someone is resistant to action. When someone is being resistant, the last thing that will help them is telling them what you think they should do. The most important thing you can do as a supporter is genuinely understand their point of view. When someone feels related to, they are more likely to turn around and make a better decision for themselves later on. Not only does it cultivate their competence, but also their sense of Autonomy as well. 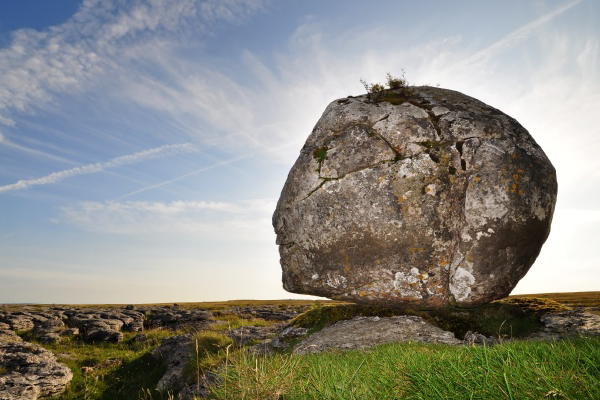 We never lose our inner rebellious teenager. Rarely do we enjoy being told what to do by someone else. In fact sometimes being told what to do triggers us to behave rebelliously. I can personally relate to this. For example, I remember a time when I had a refrigerator full of healthy food options and planned on cooking something healthy. My girlfriend saw me open up the refrigerator door and before I could do anything she starts telling me what I “should” cook with these ingredients. All of a sudden I no longer want to eat any of it. Now I look inside the fridge and see zero options. I see only what my girlfriend thinks I should cook and I don’t want to eat what she wants me to cook. I want to eat what I decide I should cook. Now I’m left hungry and annoyed. The irony of the situation  is I had already planned on cooking what she recommended on my own, but once she started insisting I cook it, I no longer desired to because of some lame inner pride. Sounds childish, and I admit that it is. But I would be willing to bet that something like this has happened to you at one point in your adult life too. I would be willing to bet even more that it has happened to you more than once. I would go double or nothing to say that you have unknowingly caused resistance in someone else’s life. This is especially true for those you love.

It turns out there is science behind behaviors like this. The Self Determination Theory (SDT) is a model of motivation that explains this very concept. The SDT is a model that suggests there are three needs that need to be met in order to be intrinsically motivated to take action. These three needs are; Autonomy, Competence & Relatedness. Autonomy in this model is defined as , “the universal urge to be causal agents of one’s own life and act in harmony with one’s integrated self; however, note this does not mean to be independent of others”. Competence is defined as, “to seek to control the outcome and experience mastery”. Relatedness is defined as, “the universal want to interact, be connected to, and experience caring for others”. If there is a lacking in one or more of these areas, motivation can be weakened or lost. In my earlier example, when my girlfriend insisted I cook a certain recipe, it is likely that my sense of Autonomy and/or competence were compromised which demotivated me to take action.. And actually,  in order for me to regain my Autonomy and competence in this situation, I chose NOT to do what was requested of me. The unfortunate thing about this responsive behavior, at least in this case, is that cooking the healthy meal would have been a good decision. However, this reactive behavioral trigger led me to eat something less healthy. In other words, in order to fulfill my need for autonomy, I chose to be self-sabotaging.

How do we roll with resistance to make this behavior a self-giving reaction?

It is easy to know when someone is being resistant to action. It usually sounds something like, “I can’t… or… I won’t.” When someone you care about is being resistant with you, the science suggests that one really effective way to handle this is to roll with resistance. What does this look like? It looks like a genuine support of the resistance, not the action. For example, when I started to feel resistant to cooking, the SDT suggests that if my girlfriend had joined my team (in a genuine, non-sarcastic way) I may have lost my urge to resist. When someone genuinely joins the team of someone resistant, they are given their need for relatedness. When we feel related to by the decisions we make, we now feel competent again. And who knows, if the pressure to take action is pulled back, we may autonomously decide to do the healthy action over the self-sabotaging action. Sometimes the best way to deal with resistance, is to roll with it.