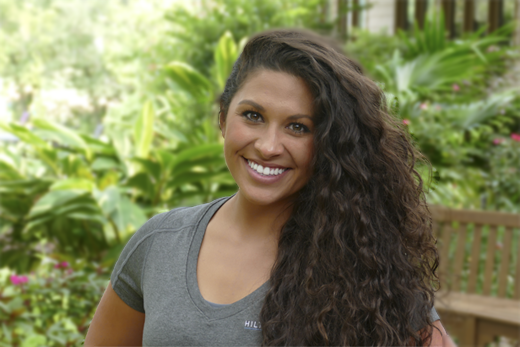 For this month’s edition of Staff SMART, I sat down with H3 trainer Ashley Hall to ask about some of her upcoming fitness goals. She mentioned that she is thinking about trying a triathlon for this first time this summer. In order to get more Specific (S) and Time Bound (T), I asked her which event. She is planning on competing in the June Beach Bum Triathlon on Hilton Head Island. This triathlon consists of a 500-meter ocean swim, followed by a 6-mile beach bike, then a 3-mile beach run. She is an experienced runner and rides her bicycle a fair amount, so she identified her primary area of focus should be the swimming portion.

Currently, Ashley rates her confidence for completing a 500m open ocean swim in 15 minutes as a 5 out of 10. In order to make the goal more Realistic (R) and Measurable (M), we set a range that would set her up for success: 15-18 minutes. For this range, she is a 7 out of 10 on the confidence scale.

In order to help Ashley meet this goal, we had to identify some Action-Oriented (A) behaviors for her training schedule. She identified that the first Measurable (M) step would be to swim 500m in the pool as an assessment. After this, she plans to swim 250m three times a week for the first week targeting 8-9 minutes. After this week, she will add 50m per week with the goal of completing 500m in 18 minutes before her race.

To cover all of her bases, Ashely also set some SMART training goals for the running and cycling portion of the course. First, she will bike twice a week for 6 miles and run a total of three times a week for 4 miles.

Ashley recognizes that by following through on these SMART goals and behaviors she is setting herself up for success in her first triathlon. She would like to finish the race and stick to her schedule as she takes on this new experience and hits this one out of the park!