Eat your fruits and veggies 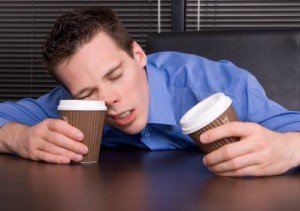 As I looked over my previous posts, the impact of sleep deprivation on weight management has been one of my favorite topics, but the evidence linking sleep deprivation to weight gain continues to grow. So here I go again. Researchers from the University of Pennsylvania monitored the eating habits of 200 people, who  for 5 days straight were kept up until 4 a.m. then allowed only 4 hours of sleep. They remained in the lab the entire time. Subjects were allowed to eat whatever they wanted and trained monitors in the lab recorded all food consumed. The researchers compared their food and caloric intake to a control group who were allowed to get a good night sleep and had access to the same food in the same lab. So except for the sleeping patterns, the living arrangement were the same.  No changes in eating habits were observed in the control group. But the sleep deprived group started eating more and between the hours of 10:00 p.m. and 4:00 a.m. consumed an extra 550 calories a day. The results of the study were published in the journal Sleep. Author Andrea Spaeth commented that “people consumed a substantial amount of calories during those late night hours when they would normally be in bed and those calories were higher in fat compared to the calories consumed at other times of the day.”

Dr. W. Christopher Winter, medical director of the Martha Jefferson Sleep Medicine Center in Charlottesville Virginia, said that the late night eating was likely the result  of hormonal changes that occur in people who were sleep deprived. Sleep deprivation elevates the hormone ghrelin, which stimulates hunger and depresses the production of leptin, a hormone that suppress appetite.

For some, improving their quality and quantity of  sleep could have a tremendous impact on their weight, and general well-being. But, that might be easier said than done. If you have difficulty getting to or staying asleep download this PDF for 12 tips. For more information on the consequences of sleep deprivations and other tips to improve it go the National Sleep Foundations web sites @ www.sleepfoundation.org