Wellness Wednesday: Can a Hangover KILL your Diet? 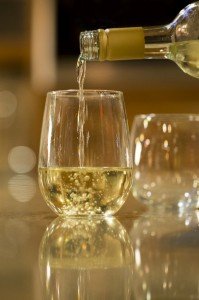 I recently made a dubious discovery. Dubious because inherent in the discovery is an admission of guilt, information I can no longer ignore and validation of a long-held belief. Rather salacious sounding, right? Salacious indeed because the discovery, backed by scientific research, is that

A night of boozy indulgence is often followed by a day of drive-through extravagance. The alcohol aftermath is an intense craving for high-fat foods. We know that our resolve dissolves in alcohol, but it turns out that our willpower is challenged long after the drinking is over. What’s responsible for this inconvenient side effect? A brain chemical called galanin.

According to William Gruchow, a professor and researcher at the University of North Carolina at Greensboro, galanin increases our appetite for fats, and eating fat produces more galanin.

As it turns out, alcohol consumption also increases galanin production.

Another factor in this disastrous dynamic is that a hangover makes us green around the gills. Because we think they’ll make us feel better, comfort foods are the solution to the discomfort. Of course this is flawed logic, but it happens all the same.

Alcohol consumption is fraught with danger for the well-meaning dieter. It comes with copious amounts of unwanted calories. It creates a euphoria that quietly shackles our willpower, thus leading to unwise food choices. AND, now we know it has us craving greasy, high-fat foods the next day.

I’m not suggesting you give up alcohol during your weight-loss journey, but it is important to really monitor your consumption. Success in any worthy endeavor hinges on removing obstacles. Take a look at your regular alcohol intake and ask yourself if it’s sabotaging your success in any way. Perhaps it’s time to put galanin on a leash.