Coaches Corner: A Letter to Family and Friends 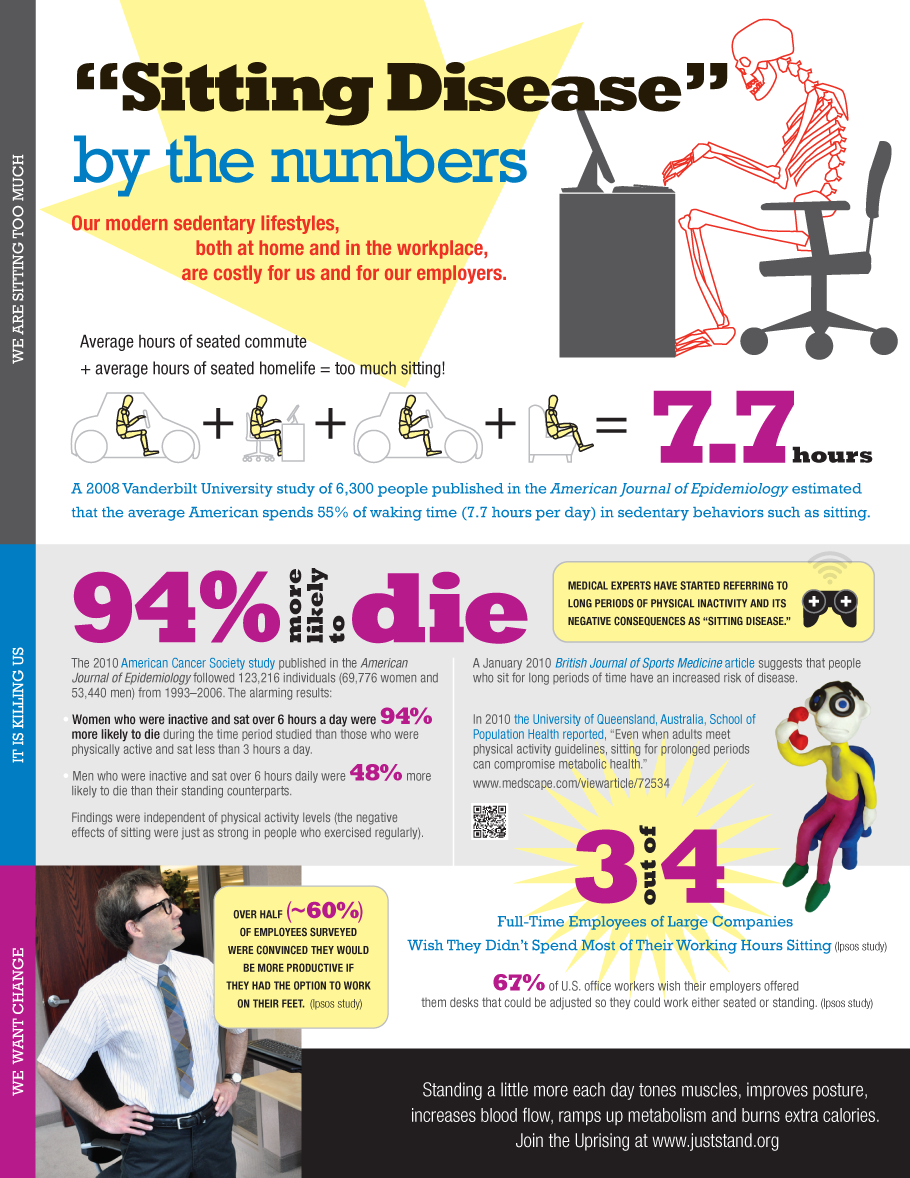 It was back in the late 60’s when Kenneth Cooper M.D. put exercise on the map with his revolutionary book, and introduced the world to “aerobics”. In the following decades literally thousands of studies have confirmed that aerobic exercise does indeed, belong in the same conversation as smoking, nutrition and  stress management as key players in influencing our health status. The research has led to the current recommendation of getting 30 -60 minutes of aerobic (cardio) exercise most days of the week. That level has been clearly associated with reducing the risk of a number of chronic diseases including heart disease, diabetes, and some forms of cancer. As good as that level of exercise is, however, if you spend a lot of time sitting, it may not be enough. In fact a new phrase, sitting disease,  has been coined by scientist to bring attention to this newly recognized public health issue. The point is, that if you sit a lot, meeting the traditional guidelines might not be enough to protect you.  While we don’t necessarily need to “exercise” more we do need to stand and move more or at least more often.

The bottom line is that any movement is better than no movement, and I mean “any”. In fact one study, published in the American Diabetes Association’s journal Diabetes Care, found that as little as 2 minutes, that’s right 2 minutes, of light walking has benefits. David W. Dunstan Ph.D., lead author of the study said that “interrupting sitting time with short bouts of light or moderate intensity walking lowers postprandial (post meal) glucose and insulin levels in overweight /obese adults. This may improve glucose metabolism and potentially be an important public health and clinical intervention strategy for reducing cardiovascular risk.”

So the next time you hear yourself say, I don’t have enough to exercise, if you have 2 minutes, yes you do.