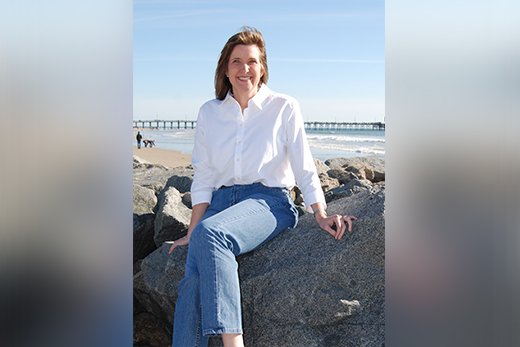 I had a very demanding and stressful job where I traveled extensively; worked long hours and most of my meals were provided and consumed within business meetings. After years of this, my weight had ballooned to 280 pounds. No matter how many times you try to convince yourself that when you are 5’10” that you don’t look “that bad” or that you can easily lose it when you get the time, you just start avoiding looking in the mirror.

Although I was very successful in my work, personally, I was miserable and was hiding within my own body. Finally, I “hit a wall” emotionally and was fed up with wasting my life being overweight. It was 2 weeks after my 41st birthday. My father had passed away at 41 and my younger brother at 29. My mother had passed away 2 years earlier at 72. I felt like I too was dying inside and really needed to take charge and do something about it – this time for good. I actually called about having bypass surgery and they told me that I did not qualify!!! I could not believe this as I was 41, weighed 280 pounds, and had a BMI of 40! That was the best thing that could have happened because at that point I decided that I had to find another way.

So I started to search on the internet for “fat camps.” I needed to get physical. When I saw that Hilton Head Health (H3) also had an “emotional eating” program, I was confident that this was the place for me, so I signed up. Also, since H3 was on the other end of the country (I live in CA), it was about as far away from my work life here as I could get…Oh, by the way, I also quit my job (or at least went on an indefinite leave of absence since they did not believe that I would actually leave). The date was October 7th and my mother’s birthday was the following day. It felt so right to start my new journey on her birthday because she wanted me to be happy and the only thing standing in my way of this happiness was me (and my weight).

I had yet another wake-up call- the initial screening blood test results. I was told that I had 4 out of 5 indicators of Metabolic Syndrome. I had already thought that I was killing myself slowly with my weight and now I had documented proof staring me in the face. My big fear was becoming diabetic and now I was shown that I was well on my way. As I said earlier, I really had no idea what I was in for at H3, but I was hopeful that it would give me a good start. I went to H3 by myself, not knowing anyone there, but found that I quickly made many new friends that would motivate me and help me through it and didn’t want anything from me in return except to get on that treadmill. I met so many nice people, from all parts of the country and various backgrounds, work, and life experiences, reasons for being there, and across all ages. After 2 weeks at H3- I lost 11 pounds, lost somewhere around 6, lost 2 indicators of the metabolic syndrome, and gained lots of motivation.

When I got back from H3, I was charged up and feeling good. I really enjoyed the fitness classes there, but still was not ready to go into a 24-Hour Fitness with all those young fit men and women with my 265+ pound body. But what I had was 4.5 miles of beach sidewalk that was only 1400 steps from my front door. If I walked around the island where I live, it was 1.8 miles. And walking was something that I was good at and did not think of how I would look with my butt spilling over the sides of the seat, such as riding my bike. So I walked. Pretty much every day. For about an hour. Down to the beach and back. Between the walking each day and the reduced calorie low-carb diet, the weight was coming off – about 8-10 pounds per month. After I got further down in weight, however, my motivation was waning and it starting to get more challenging to lose more weight- so I decided to join a nearby gym, Fit for One. It was there that helped me with my continued weight loss efforts.