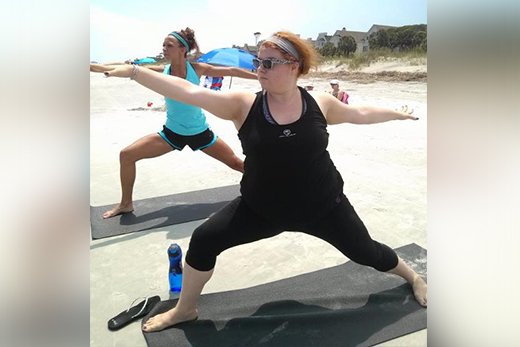 There were times when I really didn’t think I could handle life anymore. It was almost normal for me on my way to work to seriously consider how much damage hitting the freeway barrier at 70 mph would do, and whether or not the impact would kill me. A lot of the time, I hoped it would.

I never got to the point of actually following through on these thoughts (thank goodness), but the fact that they even existed was a serious indicator that I needed a change. It wasn’t until almost a year later that the truth of it hit me – I was extremely unhealthy, extremely unhappy, and so lost that I didn’t even know how to begin to fix it. A close friend of mine recommended that I get the heck out of dodge. “Blow this popsicle stand,” he said. We spent some time brainstorming and eventually the idea of a health retreat came up. We got online, and Health Head Health’s website was professional, informative, and well-designed; it immediately caught my eye.

From there, it only took about three weeks until I was signed up and headed south for H3's LoseWell program. I was terrified. I didn’t know… well, anything. What to expect, whether I would be able to last the full 14 weeks, or even what kind of a social life I would be able to find. The fact that I had been pretty overweight since early childhood – I distinctly remember being called “a fat alien” by some meaner classmates the one and only time I ever wore pigtails to school – only made the idea of ever making friends that would understand my situation seem outlandish.

I moved in, met the staff, and gradually started to make friends. I won’t lie – the first few weeks were pretty difficult. My depression and obesity made waking in the morning a really difficult task for me, but by the time I hit my one month ‘anniversary’ at H3, I was springing out of bed in the mornings, actively looking for new things to try, and, for the first time in years, feeling good about who I was and where I was headed. I had finally made a good decision about my health.

I began to open up about the darker parts of my recent past to Lisette, Director of Behavioral Health, with whom I had bi-weekly personal counseling sessions. I told them about everything: the suicidal thoughts, the depression, the drugs, and the awful relationship I had with my family – particularly my mother. Being able to talk about these things was so refreshing. I wasn’t lying anymore. I didn’t feel guilty or ashamed, and in this liberation, I found a new kind of recovery. It wasn’t only my physical being that convalesced, but my state of mind as well.

I journaled. I participated in workshops. I went to the seminars and cooking classes. I discovered and nurtured a love of yoga. I kept track of my weight loss. After a month at H3, my mother was inspired enough by my success to participate in the program with me for several weeks. Background: my mother and I had essentially been strangers living in the same house for almost ten years. Even just the idea of it was so intimidating – four weeks of living with just her and doing all the same things every day. I really was expecting the worst but the program ended up only bringing us closer together. Now, barely six months after I enrolled in the program, we get along and support each other rather than pushing and pulling in opposite directions.

So, two months in – I was happier, healthier, and healing relationships I wouldn’t have ever expected to be able to fix. Problems were bound to arise at some point, though. I ended a long-term relationship around this time, and a few weeks after that I injured my foot badly enough that I was completely laid up for a week, and in pain for more than a month afterward. It was so frustrating. My weight loss plateaued and I began to doubt again – what was I going to do once I got home? Would I even be able to maintain the progress I’d made? This was where the friends I’d made within the program and the H3 staff really kept me going. It was so nice to have a support system of people that truly believed in me and pushed me to do better—even if that sometimes meant actually resting my injury rather than pushing myself out of frustration and ultimately making it worse.

By the time my 14 weeks were up, I had lost nearly 30 inches from my total measurements and 16% of my starting body weight. I was ready to go home and truly felt confident about what I could accomplish. About a month after I left H3, I hit the 20% mark. Very recently, I got on the scale and, for the first time in years, saw a “1” at the beginning of the number. Words cannot describe how grateful I am to myself for making the decision and following through, and how grateful I am to H3 for helping me begin my journey.